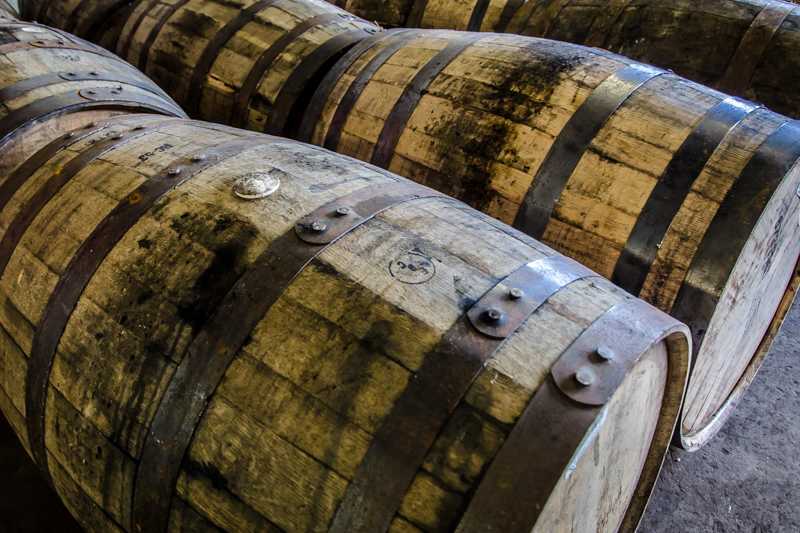 On the lookout for a million-quid cask

Rare Whisky 101, a whisky-specialising broker company founded by David Robinson (ex-Macallan) and Andy Simpson, has dealt with whisky casks worth up to half a million pounds. Hardly surprising, one might say, if your portfolio includes the likes of Ardbeg, Springbank and Macallan.

The latest project by the gentlemen from RW101 attempts to reach even higher than that. Their specialists are convinced that various kinds of warehouses or cellars in Scotland might hide whisky casks worth in excess of one million pounds. A million pounds each, naturally. And they are out to find them, helping their owners to get rich in the process.

Good news for those investing in whisky casks, apparently. Well, yes and no, in fact. Last year the RW101 specialists warned cask owners about the dangers of buying casks filled with new-make, any new-make in fact, hoping for them to become exorbitantly expensive in time. It does not have to be so, say the RW101 guys. With many such investments, the word “whisky” might not be the only and sufficient word in the spell that is supposed to turn the cask owners into wealthy people. Care and expertise are definitely required.

Rare Whisky 101 focuses on old casks, filled many years ago, and containing whiskies from the most popular, most sought-for, most profitable distilleries. These include the likes of Ardbeg, Macallan, Laphroaig, Highland Park and Springbank, to name just a few. Not to mention the closed distilleries, sometimes even almost forgotten ones. In their case any investment seems to be safe, and one could expect to be able to find a few true gems.

The RW101 specialists warn private owners of whisky casks how easy it is to over-mature whisky, especially if they are not stored in proper conditions. And they do not mean just the whisky getting too oaky. One should bear in mind not only that some of the whisky will evaporate in the course of years – forming the famed angels’ share – but also the alcohol content gets lower and lower in time. Alcohol evaporates at a slightly higher rate than water, so each year the whisky in a cask in lower in alcohol. And the law does not make any exception – in order to be called whisky, the spirit has to be at least 40% alcohol by volume. There have been cases where 50 years in a cask resulted in the alcohol content dropping to 28%. If that is the case, such cask is often vatted with the content with a cask much higher in alcohol, so that the resulting mixture soars over the legal threshold. However, that does not come at no cost – such stronger whisky is usually considerably younger, and cheaper as such. And the label bears only the age of the youngest component.

All considerations aside, if some of our readers has a couple of really old whisky casks stashed in their cellars, they should turn to RW101 or some other specialist. Who knows, perhaps the whisky sleeping there is doing more than just sleep. Perhaps it is oversleeping its prime as we speak. And you are oversleeping your million quid. Unpardonable.