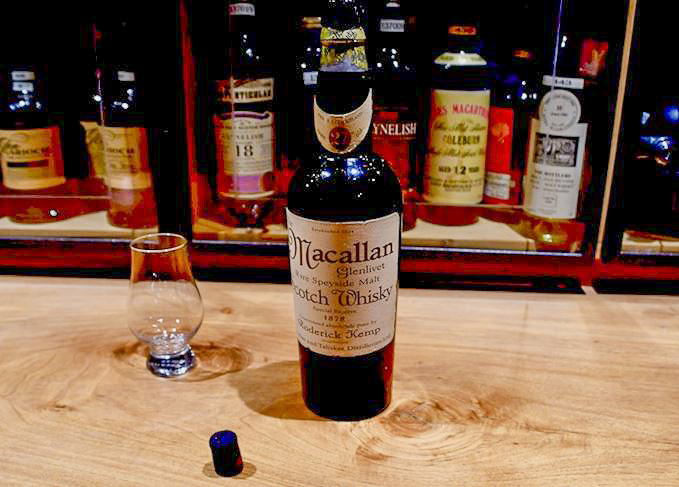 Although the story comes from about a fortnight ago, the internet is still buzzing about a certain young man who was spending his time in one of the hotels in Saint Moritz in Switzerland. The young Chinese tourist took a fancy to a particular whisky bottle in the hotel bar one night. Nothing to write home about, you say? Well, nearly. The thing is the dram cost CHF 9999, was 2 cl in size and the bottle label said it was a Macallan vintage 1878. The story took the internet by storm. Interestingly enough, if you follow the numerous articles that have been published about it, it turns out the writers took one of two possible approaches – some are still reporting the sensationally expensive dram and moan about or admire the young man’s lavish extravagance, others trace a darker part of the story. As it turns out, the whisky that commanded such a high price was nothing more than a 10-year-old counterfeit, worth just a small fraction of what was paid for it.

According to Serge Valentin of whiskyfun.com, a renowned whisky connoisseur, collector and expert, in the late 1990s, the time of growing interest in single malt whiskies, a number of “extremely old” whiskies was produced somewhere in Italy, as if in preparation for the modern craze about Scotch. And Macallan just happened to be one of the most prestigious single malt brands at the time, especially in Italy. A group of independent experts led by Mr Valentin revealed the existence of a large number of carefully forged bottles. The fakes were so convincing that even the Macallan distillery got fooled when they decided to purchase a number of “old” Macallan bottles from the secondary market.

Whence suspicions that the bottles might not be genuine? As it turns out, apart from the condition of the cork stopper, suspicious filling levels, the paper that labels were made from and their pristine condition, in the case of the Macallan and Talisker bottles the producer quoted on the label raised some doubts, too. “Roderick Kemp, proprietor, Macallan and Talisker Distilleries Ltd” might seem alright to an untrained eye, since the said Mr Kemp was in fact the proprietor of both Macallan and Talisker – but never at the same time!

The mystery of the fabulously expensive dram of Macallan 1878, purchased at the Devil’s Place bar of the Waldhous am See hotel in Saint Moritz in Switzerland, is being looked into by experts hired by the hotel owners, supported by Edrington Group, the owners of the Macallan distillery. In the meantime, the latter have removed some of the suspicious bottles from their display at Easter Elchies House at Macallan. How many and which particular ones have been removed for inspection has not been revealed. The collection of the extremely old and rare Macallan bottles on display is known to have included bottles from 1841, 1861 and 1879, among others. A lot of renowned distilleries operating now were not in existence yet when those whiskies were distilled! Now it is time to test whether, in fact, those came from the same or similar source as the bottle in question from which the young Chinese man had the famous sip. The Macallan owners are not happy to exhibit fakes in their Visitor Centre of the new distillery, where construction work is slowly entering its final stages.

In the meantime, the Swiss hotel management have contacted the unfortunate Chinese customer of several weeks ago, and promised to reimburse his expense should the bottle prove to be fake.