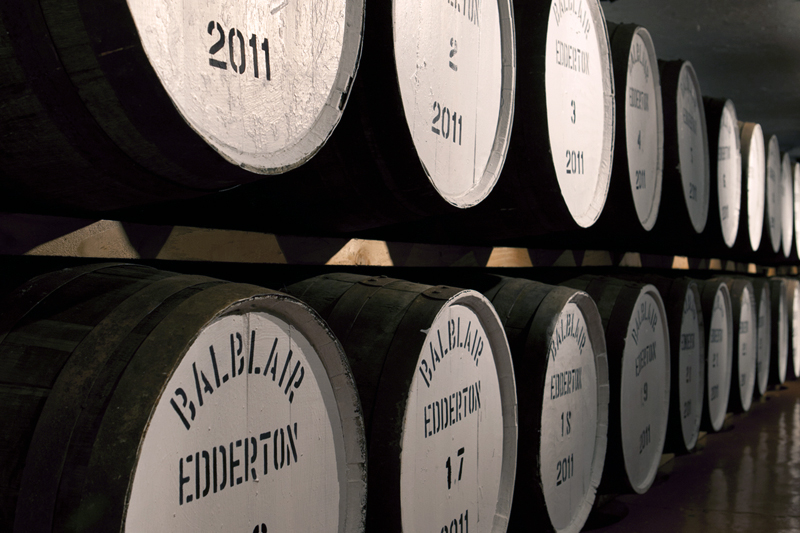 Balblair in a nutshell:

What treasures can be found in the Balblair warehouses is not a secret to anyone who has watched “Angels’ Share”, a Ken Loach movie from 2012. And those who have not seen it, should get hold of a copy asap and watch it. It was in one of the warehouses of the distillery in question – in the film – that an extremely rare, old cask of whisky was found, a cask of Malt Mill whisky. In fact, unlike the said cask and the rest of the story, Malt Mill distillery is not a creation of the filmmakers. The distillery actually existed on the island of Islay. What is more, anyone who has visited Lagavulin can claim they have been to Malt Mill. The present Lagavulin Visitor Centre is actually located in the building that used to be Malt Mill.

The first distillery to be named Balblair was founded in 1790 by John Ross and remained in the hands of the Ross family for just over a century. In 1894, John’s grandson James Ross sold the plant to a wine and spirits dealer from Inverness, run by Alexander Cowan. The new owner built a totally new distillery and transfers the Balblair name to the new plant. The move was brought about not only by the need for modernisation and expansion, but first of all, the new railway line from Inverness to Ardgay, which from now on can be fully taken advantage of by the new Balblair distillery. How important it was back then to be located close to a railway line can be seen from the rapid development of Speyside as a whisky producing region following the installation of convenient transport links with Glasgow and Edinburgh, and taking the leadership away from Campbeltown. Not to mention other factors that contributed to the fall of Campbeltown as a whisky producing region.

The new Balblair operated for only about a dozen years. In 1911 production was halted due to Alexander Cowan’s financial problems. Then there was the war, American prohibition, depression, another war... None of these helped the restoration at Balblair. What is more, in 1939 the distillery buildings were taken over by the army, which eventually led to the bankruptcy of the Balnagowan Estate, where Balblair is located, in 1941.

The last change of the direct ownership took place in 1996, when Allied Domecq sold Balblair to Inver House Distillers. The consecutive changes – Inver House being taken over by Pacific Spirits in 2001, the Pacific Spirits UK becoming a part of International Beverage Holdings – did not in fact influence the distillery as such.

In 2007 a new official range of whiskies was introduced to the market, as well as the attitude towards its forming. Since that time the single malt whisky from Balblair has not been bottled and sold as age-statement expressions any more, but in the form of vintages. A policy that has been applied successfully for years by Glenrothes on Speyside. Another element of the revised policy is to focus on promoting the brand as a single malt whisky, and building stocks of maturing whisky for years to come and future vintage releases. To this end, among others, the distillery owners have invested in the new 12 warehouses in Airdie, a bit to the east from Glasgow, for the needs of maturing spirits from Inver House distilleries.