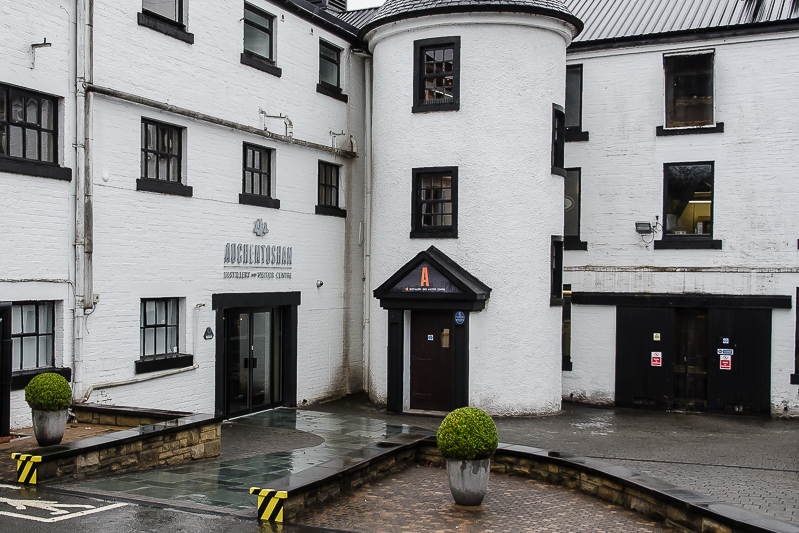 Auchentoshan in a nutshell:

There is a theory, albeit not quite proven, that the Auchentoshan distillery was founded by Irish immigrants escaping famine in their own land, and it was them who brought over the tradition of triple whisky distillation. It is hard to say how much of that theory is true, what is certain though is the fact that the Lowlands did in fact employ the triple distillation, unlike all the other whisky producing regions of Scotland. And it is as certain as the fact that it is also a characteristic feature of the Irish whiskey production process. Hardly the only Scotch whisky distillery in the Scottish Lowlands these days, Auchentoshan is the only plant that uses the triple distillation technique for all its whiskies. According to the distillery, it results in light and delicate character of the spirit produced here. Triple distillation is also applied at Springbank, where the unpeated Hazelburn is also manufactured this way.

Auchentoshan was founded in 1823, though the first illegal distillery by the name of Duntocher dates back to 1800. It is not clear whether Duntocher was the same distillery that got a licence in 1823 as Auchentoshan (Duntocher is a name of a village, now a northern suburb of Glasgow) – if not, they must have been close neighbours. In its nearly two hundred years of existence, the distillery changed owners on numerous occasions until finally, in 1984, become the property of Stanley P. Morrison, and eventually, together with the Morrison Bowmore company, become a part of the Suntory corporation in 1994 (now Beam Suntory).

At the time of World War Two most distilleries had to at least limit their production due to the need to use available grain more rationally, but Auchentoshan was hit even more cruelly. And literally. In 1941 the plant was partially damaged during an air raid by the Luftwaffe. There was no talk then about limiting production – the distillery had to be closed down. Its reconstruction began only in 1948. During the raid one of the warehouses full of maturing spirit got hit. As a result of the bomb explosion, the whisky caught fire, casks started exploding, and a stream of fiery water – fiery in more than one sense – flowed towards the river Clyde. The bomb crater was later filled with water and is no more than a little pond on the distillery premises nowadays.

Located right next to the Clyde, Auchentoshan is naturally rather vulnerable to flooding, especially in recent years, with the changing climate bringing about less and less predictable weather conditions. After the plant was partially flooded in 2008, a system of ramps was constructed whose aim is to direct the inflow of water beyond the plant’s premises. Another consequence of that location – incomparably more favourable – is the direct vicinity of the Glasgow agglomeration, which inevitably means considerable numbers of tourists. When you are driving down the spectacular Erskine Bridge over the river Clyde, for example on your way north, to Islay, you have to turn right just after crossing it – and the buildings of Auchentoshan will soon be in sight on the other side of the road. It is hard to believe that Morrison Bowmore waited as long as until 2004 before they opened a Visitor Centre there. When the decision had finally been made, they spared no expense – the Visitor Centre cost over 1 million pounds.

The growing interest in malt whisky that we have been witnessing for the last two decades has brought about an incredible number of new whisky expressions being launched by distilleries all over Scotland. It has also been reflected in the wider offer from Auchentoshan. The standard 10yo, launched already in the 1990s, was joined by the Three Wood expression (matured in three different types of casks) in 2002, and the 18yo in 2006. The Virgin Oak expression, launched in 2013, was a bit of a curiosity as it had been matured in casks made from fresh oak.

The current range of whiskies from Auchentoshan includes, among others, Springwood and Heartwood (both no-age-statement), sold mainly in travel retail outlets, as well as American Oak, Three Wood (both also NAS), 12yo, 18yo and 21yo. All of them have been triple distilled, each and every drop of them, the producer insists.
Show more entries from September 2016
This page uses cookie files to provide its services in accordance to Cookies Usage Policy. You can determine conditions of storing or access to cookie files in your web browser.
Close