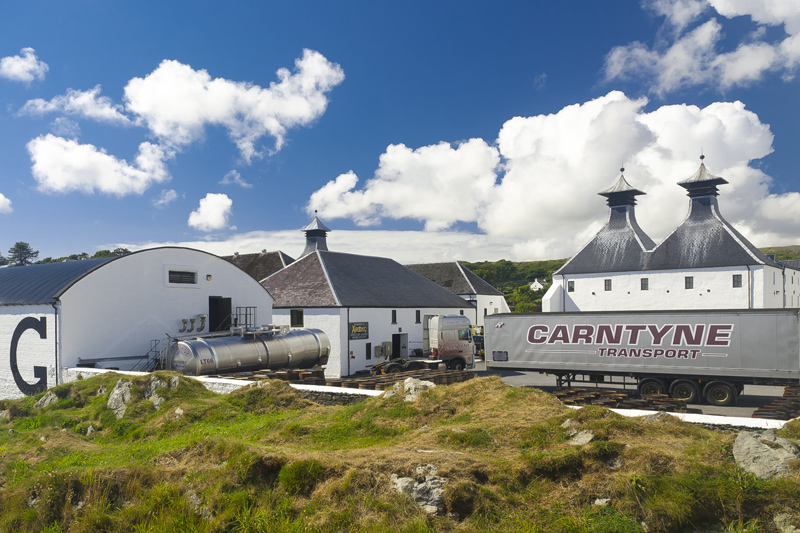 Ardbeg in a nutshell:

When Alexander Stewart started distilling whisky in a small settlement on the southern coats of the isle of Islay in the late 18th century, little did he know that just about two centuries later the successor of his enterprise, a plant belonging to the international Möet Hennessy Louis Vuitton SE, a distillery named after that settlement would be an object of international cult, the destination of pilgrimages, and its products will be the objects of desire and envy for the enthusiasts of the Scottish water of life all over the world.

Whisky distilling by the little bay in the part of island that is referred to as Kildalton was first mentioned in 1794, but it was a few years later that Duncan MacDougall, the father of John MacDougall, the distillery’s founder, started making his whisky. That was in 1815, which makes Ardbeg one of the older plants in Scotland. For the next century the still developed more or less peacefully, providing the locals with jobs and sustenance, creating conditions for the development of quite a substantial village called Ardbeg, with its own infrastructure, including a school for a hundred pupils. Today, when one passes just a few houses on the way to the distillery, it is hard to believe it has not always been so.

The distillery went through its ups and downs, the latter mainly in the periods when the demand for blended whisky, for which there was always the need of at least some smoky, peaty whisky made at Ardbeg, went down, usually as a result of wars or depressions. Despite difficult times, the descendants of Colin Hay, who took the distillery over from the last MacDougalls in 1853, always ran the plant so that there was demand for Ardbeg whisky and jobs for the locals. The distillery, operating under Ardbeg Distillery Limited since 1959, was deemed an attractive pick by the giants of the distilling world in the form of Canadian Hiram Walker and British Distillers Company Limited (DCL), who bought minority shares in the company in the late 1950s. In 1979 the Canadian shareholder bought 100% shares. As a result of further takeovers and ownership transformations, Ardbeg became the property of Allied Distillers in the 1980s, similar to Laphroaig, located only a couple of mile down the road. Maintaining two distilleries, each producing strong-flavoured smoky and peaty whiskies, turned out not to be economically viable. Ardbeg was mothballed and opened up again periodically, there is some part-time production, until the final sentence is pronounced over its fate in 1996 – Ardbeg closes down and is put up for sale.

Apart from ownership changes, the 20th century brought about some other changes in Ardbeg, including those related to the technological regimes. Chronologically – as early as 1911 the brand name Ardbeg was registered, as well as the characteristic “A” as the company’s trademarks. Since that time, each official bottling of the whisky made here will be marked so. Another change, though not necessarily a positive one, was starting to use barley malted outside the distillery. Each following year, the amount of locally malted barley would decrease now, to reach the zero level in 1977 – the local malting were closed down entirely and ever since the malt has been brought to Ardbeg from the industrial maltings at Port Ellen, located some four miles away from the distillery.

In the meantime, it looks like there is no hope for Ardbeg – in the last decades of the intermittent activity, most buildings fell into disrepair, the production equipment is in need of renovation, the village life ceases. At a first glance, Ardbeg is definitely not an attractive buy for a potential investor. Unless that investor not only has remarkable financial resources, but also a vision going beyond the half-ruined buildings and equipment.

It so happened that the whisky world was electrified in 1997 with the news that there actually was an investor needed – financially viable and with a vision. That was Glenmorangie plc. In order to become the owner of Ardbeg, the company had to dish out a round sum of 7 million pounds, of which 5.5 million was the value of warehoused stocks. Further funds had to be invested in intensive work aiming at bringing the distillery back to its former glory. At the same time, actions were taken to reinstate Ardbeg as a noteworthy whisky producer on Islay. If your next door neighbours are Lagavulin and Laphroaig, the task in hand is not an easy one. Still the same year, based on the old stocks purchased together with the distillery, a new 17-year-old expression of Ardbeg was composed and launched, as well as Ardbeg 1974 Provenance, a whisky that received a truly cult status, whose auction prices have soared through the roof.

The last year of the old millennium and the first few of the new one brought the launch of a Visitor Centre, dynamically managed by the feisty Jackie Thomson. It was also the time of the launch of the new core expression of the whisky made here, namely Ardbeg Ten – a ten-year-old single malt whisky which soon enough captivated the affection of peaty whisky enthusiasts. New expression began pouring out soon enough. Limited editions dedicated to the members of Ardbeg Committee are launched, a very informal association of Ardbeg aficionados, truly unbelievable vintage editions, the 25yo Lord of the Isles and, last but not least, Ardbeg Uigeadail, a cask strength whisky named after the loch which is the distillery’s source of water.

Among numerous expressions that hit the market only in the last decade were Corryvreckan, Supernova, Rennaissance, Blasda (a curiosity – a non-peated Ardbeg!), Rollecoaster, Auriverdes – and hosts of others. However, one can say Ardbeg became a truly reborn still with the introduction of the core Ardbeg Ten in 2008, which was composed entirely of whiskies distilled after the production was resumed in 1998.
Pokaż więcej wpisów z Październik 2016
Strona korzysta z plików cookie w celu realizacji usług zgodnie z Polityką dotyczącą cookies. Możesz określić warunki przechowywania lub dostępu do cookie w Twojej przeglądarce.
Rozumiem