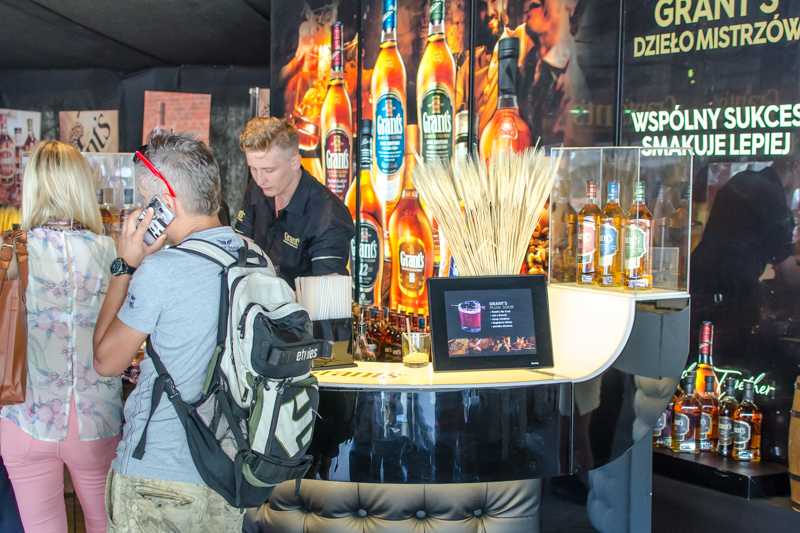 Yesterday’s publication at thespiritbusiness.com brings good news. Good news for Scotch whisky manufacturers, importers and distributors. According to the website, last year the global Scotch whisky sales have finally lifted off and grew by 4% compared to 2015. What is more, although the best-selling single malt brand, Glenfiddich, ranked at the end of the top twenty, it was the sales value of single malt whiskies that grew the most – by 12% - and crossed the magical threshold of a billion pounds. The figures quoted are really significant in view of the growing number of world whisky distilleries and the increasing quality of their products, reflected in prestige awards or prices commanded by e.g. Japanese whiskies at auctions, which might be seen as the omens of the passing of the Scotch era.

Hardly anyone will find it surprising who the market leader turned out to be. Yet again. Truth be told, Diageo’s Johnnie Walker suffered a slight decrease in sales (-1.14%), yet 17.4 million 9-litre cases sold in 2016 is still over 10 million more than the sales of the closest competitor, Pernod Ricard’s Ballantine’s. And all that despite a 7.74-percent increase in the sales of the latter. It is worth noting at this point that the sales of Johnnie Walker have been systematically decreasing since 2013, however its advantage over the competitors is large enough to secure the brand’s leadership for at least a few years to come.

The two first places did not change, however there was a shift on the third and fourth, between Grant’s and Chivas Regal. The William Grant & Sons’ brand grew by almost 3%, whereas Chivas Regal lost approximately the same figure. Grant’s, therefore, returns to the podium, to the place last held in 2013, when their sales were slightly higher than those of Chivas Regal.

As far as producers go, the top ten includes – unsurprisingly – three brands from Diageo (Johnnie Walker, J&B and Bell’s), two from Pernod Ricard (Ballantine’s and Chivas Regal), two from Bacardi (William Lawson’s and Dewar’s), one from William Grant & Sons (Grant’s), one from Marie Brizard Wines & Spirits (William Peel) and one from La Martiniquaise (Label 5). None of the three Diageo brands grew in 2016, however, just below the top ten was Black & White which grew by a record-breaking 28.57%. Another brand from Diageo, Buchanan’s (13th position), also grew by remarkable 21.43%. These are the two largest growths in the top twenty quoted by thespiritsbusiness.com.

A quick look at the competition at the top of the single malt category, sort of by the way. Here is where the most fierce competition has been taking place for some time now – between Glenfiddich and Glenlivet. In 2016 Glenfiddich recorded a spectacular growth of 9.5%, whereas Pernod Ricard’s Glenlivet dropped by nearly 3%. As a result, the advantage of the single malt from Dufftown over the competitor got consolidated significantly. And it seems it should be seen as a trend for the years to come, with Glenfiddich erecting a new still house and aiming at a production and sales growth. Naturally, the success would not have been so momentous had it not been for the launch of the first two whiskies in the Experimental Series – Project XX and IPA Experiment.