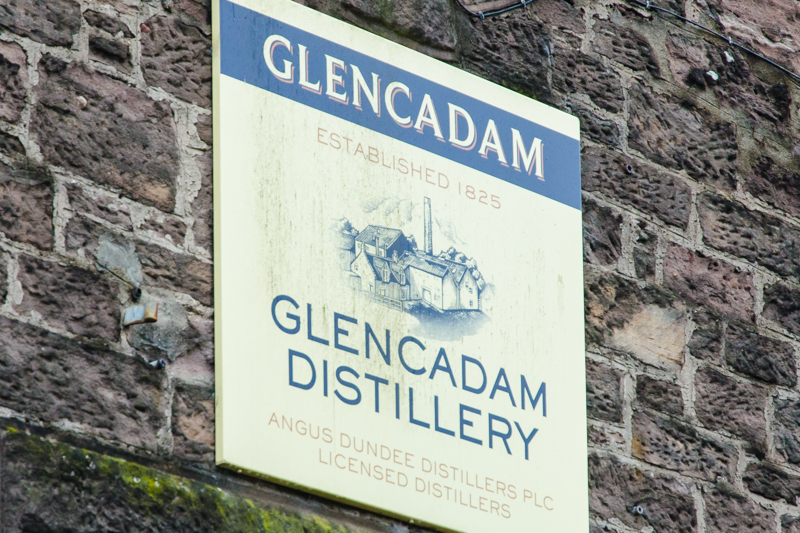 Glencadam distillery is one of the few – if not the only one in fact – which were founded soon after the law on whisky production of 1823 was adopted (Glencadam was actually founded in 1825), and which have resisted the temptation to expand beyond measure until this very day. It still operates two stills and the annual capacity is just over one million litres of pure alcohol. It is also the only distillery operating in Angus, north-eastern Scotland.

Despite the fact that it has been working almost uninterruptedly since its foundation, and even survived the 1980s crisis when a number of stills were closed down, the last year of the previous millennium was to be the doom of it. The distillery, belonging to Allied Domecq at the time, was mothballed, which means that production was stopped, the still practically closed down, but the licence to distil retained, meaning it could be restarted at any time. It seems, however, that Allied did not intend to do anything of that sort as the distillery was put up for sale. It was purchased in 2003 by Angus Dundee Distillers and production was recommenced as soon as it was technically possible.

It is that last event that was commemorated by the launch of the latest limited expression of Glencadam 13 years old single malt whisky. The whisky was distilled shortly after production was re-commenced by the new owner, spent just over 13 years in oak casks and bottled in accordance with the rules adopted by Angus Dundee – diluted to 46%, un-chill filtered, no caramel added, with an age statement. There were only 6000 individually numbered bottles of the tipple that have hit specialist outlet shelves.

Glencadam 13yo offers the flavours of ripe fruit and vanilla notes. Its recommended retail price is 65 US dollars.