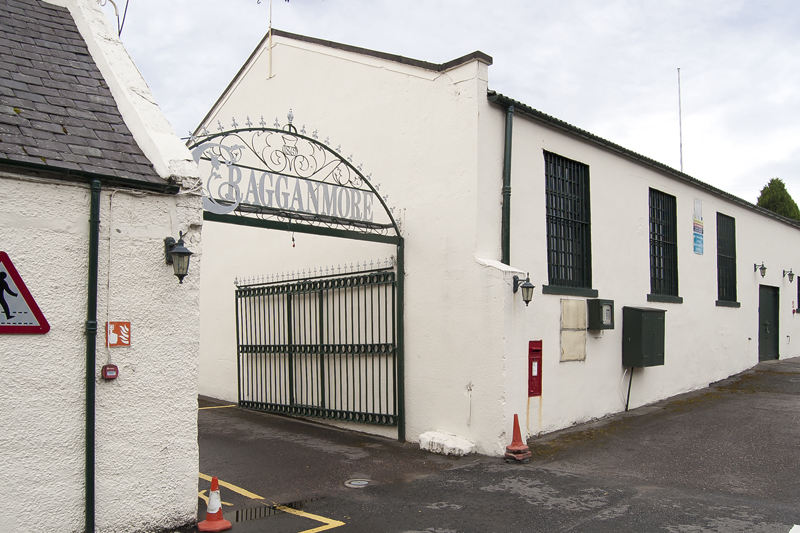 Cragganmore in a nutshell:

In 1869 a John Smith decided to build his own distillery on Speyside. Rumour has it he was an illegitimate son of George Grant, the founder of the Glenlivet, however this connection of his with the whisky world is rather dubious. What is certain is that before he decided to give the world his own whisky, he had worked in a number of other distilleries, including the Glenlivet, Macallan, Dailuaine, Wishaw and Glenfarclas. Experience he had gained there helped him make the right choices for the location, equipment and running of his own plant.

The location was by no means a blind choice. Close to the banks of the river Spey, John Smith found the right source for his whisky water in the form of the Craggan burn, with the Spey providing cooling water, and the nearby Strathspey Railway line made for a convenient means of transport of raw material and fuel, as well as of the finished products to the south, to the blenders.

Cragganmore was run by John Smith himself, later by his brother George, his son Gordon and finally his daughter-in-law Mary Jane. In 1901 the plant underwent its first major modernisation and renovation, supervised by the renowned distillery architect Charles Doig. In 1917 it stopped production, but resumed only the following year – this time lit by electric light. Those who have visited Cragganmore know that providing that distant and hidden nook of Speyside with electricity must have been a hell of a challenge.

In 1923 the still was sold to a specially founded company Cragganmore Distillery Co., whose shareholders include Mackie & Co. and Sir George Macpherson-Grant, the owner of the Ballindalloch castle and estate. It was actually a part of the estate that had been originally leased half a century earlier for the Cragganmore distillery to be built. In 1927 half of the Cragganmore shares were taken over by DCL, with the remaining 50% being taken over by the company in 1965. Hence it is a straight road to the present ownership of Cragganmore – the still belongs to Diageo, and the whisky made there became one of the original six elements of the Classic Malts of Scotland, promoted by the company. The Macpherson-Grants of Ballindalloch will return to the whisky production in 2014, when they open their own Ballindalloch distillery on the estate. A year before Cragganmore became the sole property of DCL, in 1964, the distillery was expanded and the number of stills grew from two to four.

The Cragganmore 12yo single malt whisky expression, mentioned above, was launched as a part of the Classic Malts in 1988. Until this day it remains one of the few official bottlings of the whisky made at Cragganmore. Apart from that, there have been vintage expressions under the common name Distiller’s Edition, additionally matured (finished) in port pipes, expressions in the Special Releases series, as well as a no-age-statement expression sold exclusively in the distillery’s Visitor Centre opened in 2002. Expressions launched by independent bottlers are relatively rare – well, not as numerous as one would expect from a renown brand. A lot of whisky manufactured at Cragganmore is used for Diageo blends, including notably the Old Parr, a brand launched in 1909 by the Greenlees brothers and selling exceptionally well in Latin America.

Relatively large wash stills used at Cragganmore might suggest a light and delicate spirit, but the steeply descending lyne arms make any reflux impossible. This, together with considerably smaller spirit stills and cooling the vapours by means of traditional copper worm tubs, gives a complex, full-bodied and rich whisky as a result.
Show more entries from July 2016
This page uses cookie files to provide its services in accordance to Cookies Usage Policy. You can determine conditions of storing or access to cookie files in your web browser.
Close