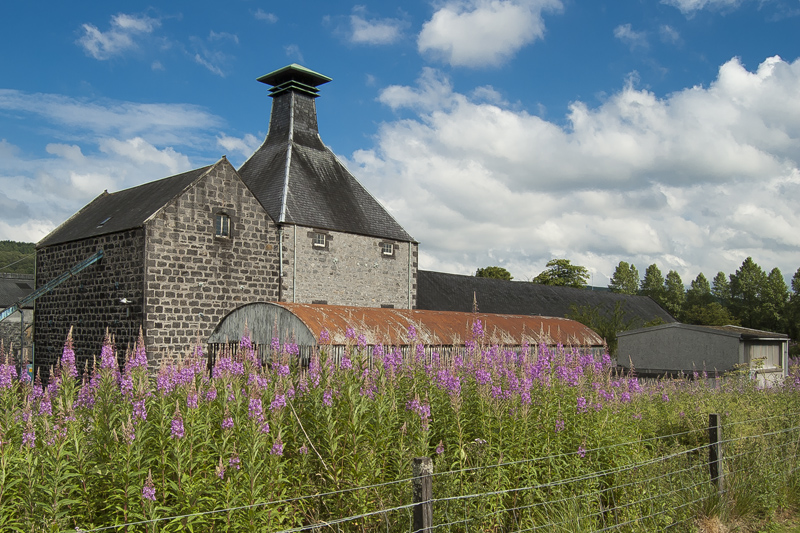 Convalmore in a nutshell:

Another distillery founded at the end of the 19th century and closed in the 1980s – similar to Glenlochy, Dallas Dhu, Coleburn and at least a few others. The distillery buildings can be seen from the main road leading from Craigellachie to Dufftown, on the left-hand side, right before you reach the town, literally next door to the Glenfiddich/Balvenie/Kininvie complex. In fact, since 1990 the buildings have been owned by William Grant & Sons, and the Convalmore warehouses are used for their whisky maturation.

Erected in 1893 and launched on 2nd February next year, Convalmore was the fourth of the original seven stills of Dufftown. There is a local saying, boldly comparing the town to Rome – “Rome was built on seven hills, Dufftown stands on seven stills.” After Convalmore had been closed down and Pittyvaich closed and dismantled, even if we add Kininvie to the equation, whatever calculations there are only six these days (Glenfiddich, Balvenie, Kininvie, Glendullan, Mortlach and Dufftown).

In 1909 the distillery suffered from a fire, but was promptly renovated and returned to whisky production only the following year. At that time it was equipped with – apart from traditional pot stills – a column still as well, a column that was adapted for malt whisky production. It worked in Convalmore for only five years and no drawings or descriptions of the contraption have been preserved. The distillery belonged to James Buchanan at the time, a renowned blender, remembered mainly for the Black & White brand, a whisky that had Convalmore at its heart. In 1925 the plant was sold to Distillers Company Limited (DCL), one of the companies that later merged to create Diageo. The Convalmore brand still belongs to Diageo, although the buildings are used by William Grant & Sons.

In 1964 the distillery was expanded and the number of its stills increased from two to four. There were further investments made in the distillery in the 1970s. This did not change the fact that Convalmore was doomed in 1985, when it was closed down for good.

The whisky manufactured at Convalmore was never meant for the single malt market, its role being limited to that of a blend filler. Since the producer never launched a regular official bottling, the OB expressions were limited to a few participations in the Rare Malts series, and in the annual Special Releases as of recently. Naturally, there have been several, though not too numerous bottlings made available by independent bottlers.
Pokaż więcej wpisów z Lipiec 2016
Strona korzysta z plików cookie w celu realizacji usług zgodnie z Polityką dotyczącą cookies. Możesz określić warunki przechowywania lub dostępu do cookie w Twojej przeglądarce.
Rozumiem