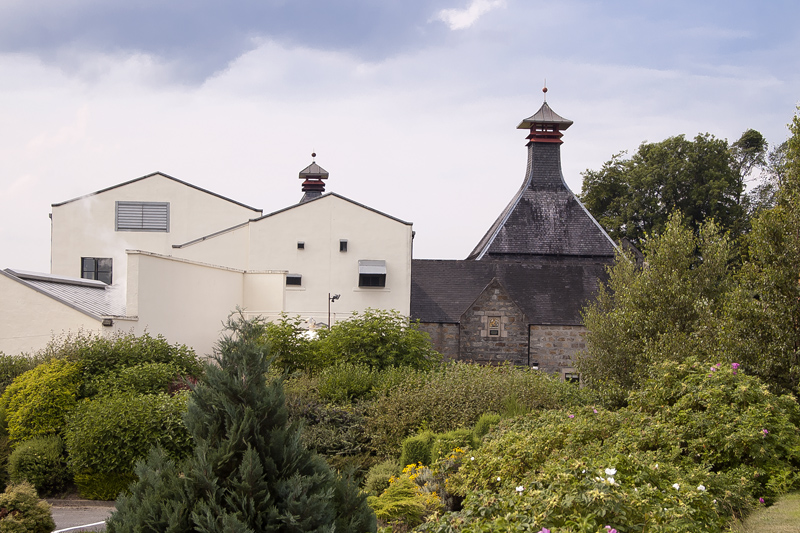 Cardhu in a nutshell:

Just like some independent bottlers discovered at the beginning of the current century that owning a distillery will secure their position in the business (Murray McDavid, Signatory, Gordon & MacPhail), so the largest whisky blender, John Walker & Sons, saw the future of their company in securing uninterrupted supplies of malt whisky for the needs of their blends from their own distillery at the end of the 19th century. Their choice was a little distillery located in a tiny village of Cardow on Speyside – Cardhu. The transaction was concluded in 1893 and since that time Cardhu has been most closely linked with the Johnnie Walker brand. So much so that it has been dubbed the House of Johnnie Walker these days, although the takeover took place long before the present brand was introduced to the market, about a decade before the striding gentleman first appeared on the company’s whisky labels. At that time the whisky blended by John Walker & Sons was sold as Kilmarnock (after the town where the company head office was located) or Walker’s Old Highland Whisky. The famous Johnnie Walker was launched only in 1908.

In the area of ownership changes, surprisingly little happened in the history of Cardhu. It stayed in the family for a long time. Following John Cumming’s death, the distillery was run by his widow Helen, assisted by their son Lewis. When Lewis passed away, the distillery was left in the hands of his wife and Helen’s daughter-in-law, Elizabeth Cumming – another female in the company’s history. Elizabeth expanded the plant in 1884, and it was above all her who worked hard to gain the respect that the distillery products enjoyed not only locally, but also among renowned blenders. Also as single malt whisky, which was sold in London as early as 1888. One of her regular customers, John Walker & Sons made an offer to purchase the distillery in 1893, the offer was accepted, and the rest is history. Until this day Cardhu is referred to as “the spiritual home of Johnnie Walker.” How important that transaction was for the blenders of Kilmarnock was demonstrated by the fact that one of the contract stipulations was for the Cardhu production to remain in the hands of the Cumming family, and to ensure a membership of the John Walker & Sons’ Board to a representative of the family. Naturally, that condition was met.

During an expansion – and actually the construction of a new distillery – in 1884, nothing was allowed to get wasted. There was a William Grant, an entrepreneur from Dufftown, who was planning to build a distillery of his own in his home town, to be named Glenfiddich. He was interested in the purchase of the old Cardhu stills. And it so happened that on Christmas Day 1887 the new distillery was opened and the old Cardhu stills gave the world the first drops of Glenfiddich whisky.

The distillery was expanded twice more, and twice more the number of stills was increased – from two to four in 1897, and from four to six in 1960. In 1998 a Visitor Centre was opened, and Cardhu opened its doors to tourists. In the history of the still, two different names were often used interchangeably – Cardhu and Cardow, the latter being the original name of the farm, now a village hidden amongst the hills north of the river Spey.

The basic official expression of whisky is Cardhu 12yo, introduced in the 1990s, sold in elegant bottles, somewhat reminiscent in shape of the female element in the still’s history. Since Cardhu never ceased to be one of the most important ingredients of the Diageo blends, including notably the Johnnie Walker range, and the distillery’s capacity is limited, in 2002 a decision was made to replace Cardhu 12yo Single Malt Whisky with Cardhu 12yo Pure Malt, which was in fact a blend of malt whiskies from various distilleries (a blended malt). And all that in the same bottle shape, almost identical labels. No wonder the whisky world found it outrageous. Protests lasted for a couple of years, until Diageo gave up and withdrew the disputable Pyre Malt in 2004, reintroducing Cardhu 12yo Single Malt Whisky the following year. Apart from that, there core range consists of Cardhu Amber Rock and Cardhu Gold Reserve, both no age statement expressions, and 15ty, 18yo and 21yo single malt whiskies.
Pokaż więcej wpisów z Lipiec 2016
Strona korzysta z plików cookie w celu realizacji usług zgodnie z Polityką dotyczącą cookies. Możesz określić warunki przechowywania lub dostępu do cookie w Twojej przeglądarce.
Rozumiem