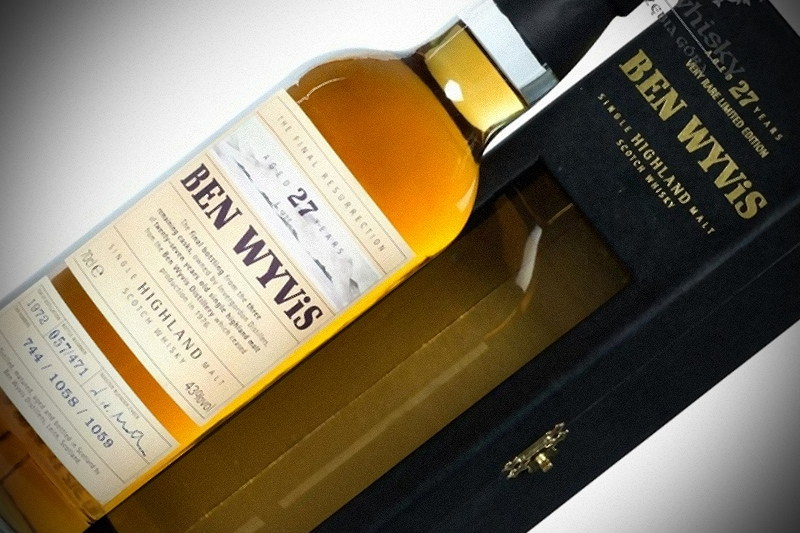 Ben Wyvis in a nutshell:

Founded in 1965, the Ben Wyvis distillery survived only just over a decade. It was located at the Invergordon grain distillery complex, in the town of the same name, and the whisky it produced was almost entirely used for blending made by Mhyte & Mackay, the owners of Invergordon. No wonder then that Ben Wyvis malt whisky is a rare treat, even if you go and visit most specialist whisky shops or whisky auction sites. However, if you are desperate to have a taste of whisky distilled in the Ben Wyvis stills, have a go at Kilkerran, the whisky produced at Glengyle distillery, Campbeltown – that is where the Ben Wyvis stills ended up after the distillery itself had been closed down.

The name of the distillery has been involved in a rather unpleasant episode that took place in the early noughties. Whyte & Mackay, the owners of the Invergordon grain whisky distillery, launched a series of whiskies under names that could be misleading to a less aware whisky consumer. Among them was Ben Wyvis 10yo single malt whisky, which most evidently had not been distilled at the said distillery, closed down in 1977. The whisky’s retail price was about 20 euros at the time, which probably reflected the value of the bottle contents, a whisky from one of the currently functioning distilleries, not necessarily of a cult status. A few years later, in 2007, a bottle from that edition was put up for an auction, where – according to the specialists of the McTear’s auction house – it was expected to reach the final price of about 500 pounds. The bottle was eventually sold for GBP 360, but the outrage that the case raised among whisky aficionados all over the world, forced McTear’s to cancel the auction.

It is worth remembering that the Ben Nevis we are talking about was not the only distillery of that name that has ever been functioning in Scotland. In Dingwall, just over a dozen miles away from Invergordon, there used to be another Ben Wyvis, operating much earlier. It was founded in 1879 and closed in 1926, but since 1887, following an ownership change, it was known as Ferintosh. As of today, there is no news about a single bottle surviving that could be traced down to that first, original Ben Wyvis/Ferintosh. Quite easy to guess, the name of the distillery comes from a mountain overlooking Dingwall, so located near the original distillery rather than the 20th-century one.
Pokaż więcej wpisów z Sierpień 2016
Strona korzysta z plików cookie w celu realizacji usług zgodnie z Polityką dotyczącą cookies. Możesz określić warunki przechowywania lub dostępu do cookie w Twojej przeglądarce.
Rozumiem