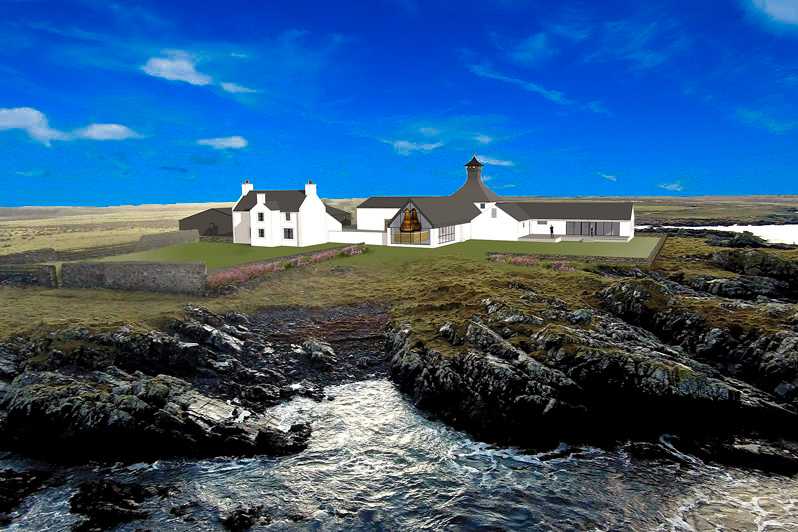 The end of the Gartbreck dream?

Until recently, many of us were looking forward to hearing some news about the progress at the construction site of Gartbreck, the ninth whisky distillery on the isle of Islay. A few days ago scotchwhisky.com published an article by Dave Broom which tells of the end of that dream. That opinion is supported by direct correspondence with Jean Donnay, the owner of Glann ar Mor distillery in Brittany in France,  the main force behind the Gartbreck Distillery project and its main shareholder.

In a nutshell, the project commenced in 2014 with Jean Donnay securing planning permission for the construction of a distillery at the site of a ruined Gartbreck farm, a few miles south-west of Bowmore, on the shores of Loch Indaal. In 2015 the project was joined by Hunter Laing, an independent bottler. Some time later Jean Donnay backed off from the project and Hunter Laing decided to build a distillery elsewhere on Islay. At the moment, construction work is well under way in Port Askaig where Ardnahoe distillery is being built. Between the Donnay-Laing partnership and present some serious misunderstanding must have happened between the project partners. Something that has not been revealed to the general public, but has led to the present stalemate situation.

In the meantime, Hunter Laing purchased some land adjoining the Gartbreck construction site, land that would be crucial to the development of the project. It was there that warehouses and a Visitor Centre car park were to be built. When Jean Donnay tries to push on with the project, he found out about the purchase. Turns to Hunter Laing to buy the land off them… and we get to the point where we have one party’s word against that of the other. A classic situation where you do not know who to believe and what hidden intentions there might be. Hunter Laing seem to suggest – in their correspondence with Dave Broom, but also in social media – that they have been offered a ridiculously low price for the land in question. On the other hand, Donnay quotes a letter allegedly received from Hunter Laing to the effect that the land is not for sale and that is all there is to it.

It does look like Hunter Laing purchased the land when they were still collaborating with Jean Donnay, and when it became clear – for some reason or another – that they are better off erecting a distillery on their own, they decided to use the ownership of the land to stop the development of what would turn out to be a competitor. That is what Jean Donnay suggests. Not knowing what really happened between the partners, we are left to speculate. What really matters to us, whisky buffs, is that Ardnahoe will be the ninth distillery on Islay. And we can forget about Gartbreck.

We will be watching the case and keep you informed, should there be some kind of development.