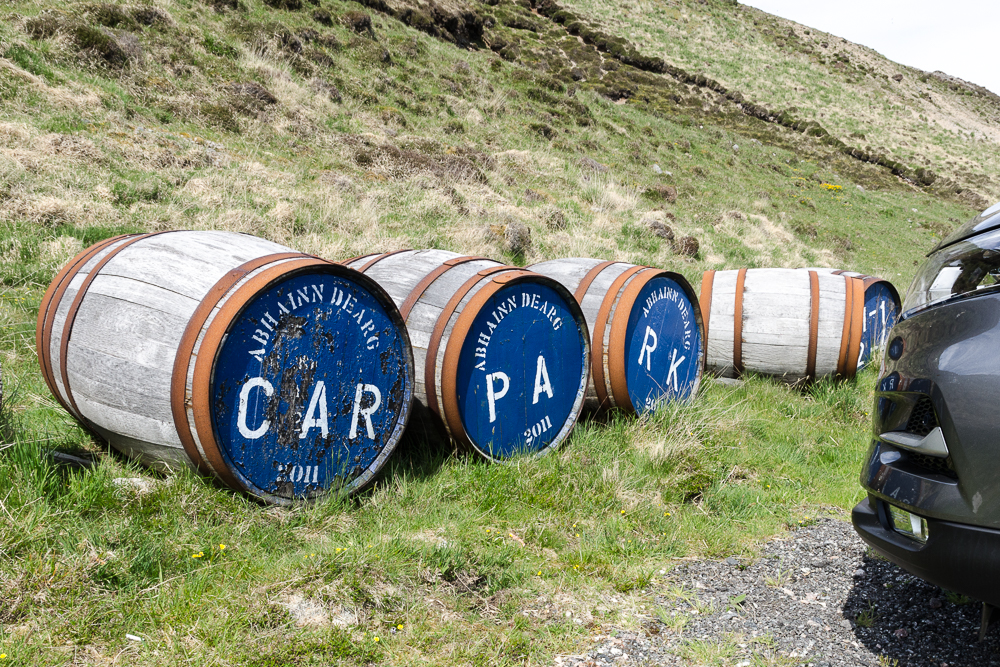 Abhainn Dearg in a nutshell:

Until recently, the only legal whisky distillery on Outer Hebrides worked for only a few years in mid-19th century. It was Stornoway, named so after the largest town on the isle of Lewis, sort of its capital, where it was located. By the way, the distillery had lived its days before the spirit produced there reached the age that it could be called whisky by modern standards. Which does not mean that the locals did not imbibe whisky. They did, naturally, but it was either imported or locally produced – illegally.

It took only one and a half century for the situation to change. In 2008 Mark Tayburn, or simply Marko, as he prefers to be called, founded a small private distillery located on the banks of the river Abhainn Dearg, which serves both as a water source and an inspiration for the still’s name. Abhainn Dearg also came to be the most distant and most westerly legal Scotch whisky distillery. Abhainn Dearg is the Scots Gaelic for the Red River. The name of the river – and the distillery – refers to a bloody battle that took place here in the Middle Ages between the locals and the Vikings.

The distillery equipment consists of two small mash tuns, two washbacks, in which the yeast is given four days for turning the sugars into alcohol, and two copper stills fashioned after some illicit stills found somewhere by the plant owner and designed by him accordingly. Their unusual shape – if compared to other stills working in other Scottish distilleries – resembles a bit slightly elongated tiaras used by the Hogwarts students that have been put atop simple copper drums.

Entire production takes place not only in the Outer Hebrides but – as Mark Tayburn likes to stress – within the confines of one room, where there is plenty of room for all the tuns, stills, other tanks, receivers and casks, including two huge worms immerse in water in wooden tubs. As opposed to other distilleries, there is no trace of electronics or automation – all the work is done by hand, including bottling (also miniatures) and labelling. The barley used for production is grown locally, malted there and finally turned into spirit. Mark Tayburn stresses that his distillery potential capacity is in the region of 50 thousand litres of pure alcohol annually, but he prefers to make only about 20% of that amount. As he says, life is too short to get distracted from small pleasures, or not being able to spend enough time with the family. Couldn’t agree more.

In 2010 the first two casks of the local spirit – not yet whisky – were sold, of which one that was sent to a buyer in Germany and the other made its way to a bar in Glasgow. In the same year, a limited number of bottles of newmake were sold, called The Spirit of Lewis, but it was an instantaneous sellout. The first batch of Abhainn Dearg Single Malt Whisky reached the shelves in 2011, the first time it could legally be called whisky, having matured for at least three years in oak casks. It now seems that we will have to wait until 2018 for the next batch of whisky from Lewis. A bottling of the first full-time matured whisky is planned then, after it has spent ten years in casks.
Show more entries from October 2016
This page uses cookie files to provide its services in accordance to Cookies Usage Policy. You can determine conditions of storing or access to cookie files in your web browser.
Close