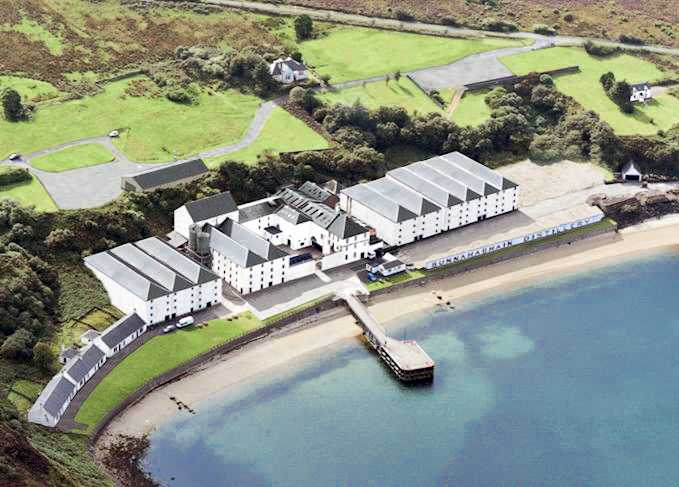 The oldest, three others and a renovation

Good news to those among us who favour Bunnahabhain whisky from the isle of Islay. The distillery, a part of Distiell Group, has recently launched their oldest expression ever. And also, as if on the same breath, announced major investment in the plant and three other new whisky expressions.

The oldest expression is called Bunnahabhain Eich Bhana Lìr, and comes from 1969. When its process of maturation was terminated by pouring it into bottles, it was a noble 46-year-old. It was bottled at 41.8%, which means that the whisky got rather dangerously close to the tragic point when alcohol content might drop below the legally required 40% – due to evaporation – and the whisky would cease to be. Its entire maturation time was spent in a second-fill Oloroso sherry butt. The contents remaining after the 46 years was enough to fill 198 bottles, and if you want to have a taste, you will have to shell out £5,000 per one of those bottles. Alternatively, you can believe – free of charge – the producer who claims its flavour brings notes of beeswax, candied oranges roasted nuts and Manuka honey.

The other three new expression will be more easily available to your average whisky punter, and are to be released in August and September. They include the following:

Bunnahabhain 2003 Pedro Ximénez Finish, a 15-year-old that spent 11 years in second-fill sherry butts, after which it was transferred to first-fill Pedro Ximénez butts. This expression was bottled at 54.8%, and each of the 5,000 bottles is going to cost £85.

Bunnahabhain 1980 Canasta Finish, a 36-year-old that was matured in second-fill Oloroso sherry butts and then was transferred to extremely active Canasta sherry casks for the final three months. Bottled at 49.5%, it will set you off £1,800. That is, one of the 1,200 bottles. Master blender Dr Kirstie McCallum describes its flavour as “the biggest and deepest one seen in Bunnahabhain”.

Finally, there is Bunnahabhain 2004 Moine Brandy Finish, a 13-year-old whisky matured in ex-sherry casks which underwent a three-year finishing period in French brandy casks. It was made with spirit peated at 40 ppm. When bottled, it contained 55.7% alcohol by volume.

Naturally, in line with the latest trends, the whiskies were not chill-filtered or coloured with caramel prior to bottling.

Apart from the new whisky expressions, a major investment in the distillery’s infrastructure was announced yesterday. Derek Scott, general manager of the malt whisky portfolio at Distell, admitted that Bunnahabhain has been substantially under invested and it was high time something was done about it. That “something” amounts to 11 million pounds that are going to be spent on improving the stills appearance, modernisation of the existing buildings and equipment, and making Bunnahabhain look attractive to visitors to the island. Some of the buildings will be demolished, mainly those at the back of the plant, the remaining ones will get new roofs, among others, new warehouses closer to the sea will be erected, and conditions at the Visitor Centre will be improved. Similar to other distilleries on the island, renovated Bunnahabhain buildings will get a coat of snow-white paint.

No closures to any part of the distillery are planned for the renovation, however visitors to Bunnahabhain can expect some restrictions in the three years to come. Increasing the still’s capacity is not planned, either.
Show more entries from July 2017
This page uses cookie files to provide its services in accordance to Cookies Usage Policy. You can determine conditions of storing or access to cookie files in your web browser.
Close