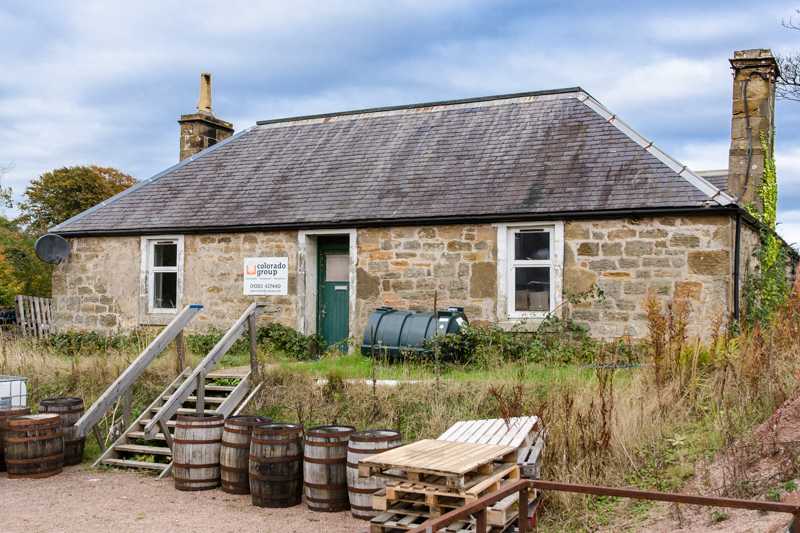 Kingsbarns 2yo spirit and gin

The most difficult period for newly opened distilleries seems to be the first three years. It is the period when expenses accumulate and there is this long wait until your spirit matures enough to legally become whisky, after which time it can be sold as such and bring long awaited profits.

Kingbarns distillery, run by the Wemyss family, owners of the Wemyss Malts brand, started in 2015, so far has been earning money from the distillery tours and sales of their new make spirit, sold in little, 200-militre bottles. That on top of other available sources of finance, that is.

It has just been announced that the distillery has released a limited edition of their 2-year-old spirit available from the Visitor Centre at Kingsbarns. 1,800 bottles were released, also 200 ml each. The spirit was bottled at 62.8%, offered at £19.95 per bottle. Naturally, it cannot be called whisky as yet, but there is no reason why it should not be sold.

Another way of raising the figures in the income column is manufacturing another kind of spirit that does not require 3 years in oak casks. The spirit of choice is usually gin. A few months ago there were plans to adapt a run-down cottage at the back of the distillery to a gin distillery. The news of its launch have coincided with the release of the 2yo spirit from Kingsbarns. The gin distillery is called Darnley’s and will undoubtedly solidify the finance of the whole business. Gin production on site will also make the tours of the place considerably more attractive.


[Photo shows the gin distillery building before the adaptation work]