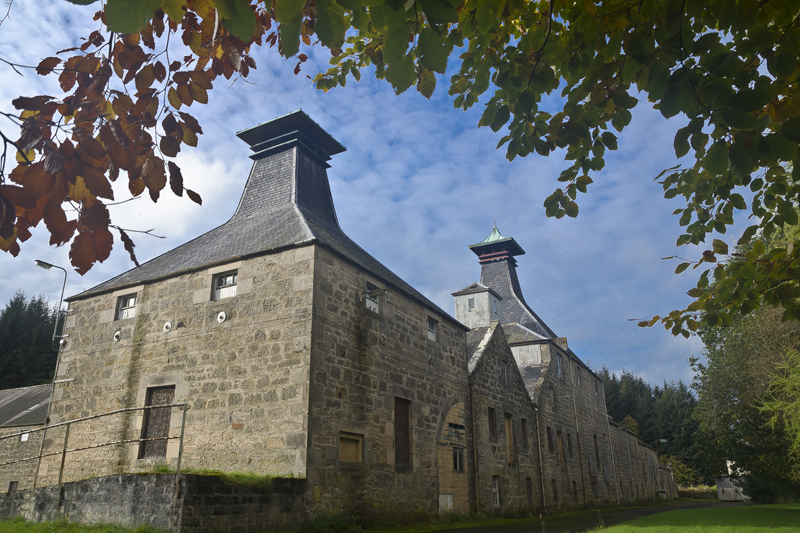 Coleburn in a nutshell:

Coleburn is one of the Scotch whisky distilleries scattered around Scotland – although their greatest concentration is undoubtedly on Speyside – that were founded during the boom period of the late 19th century, and which later became victims of the crisis of the 1980s and did not make it to our times. A similar story is that of Glenlochy in Fort Willian, Dallas Dhu in northern Speyside or Convalmore in Dufftown – to name just a few.

Located right next to the main road between Aberlour and Elgin, Convalmore was built in 1897 by John Robertson & Sons. In 1916 it became a part of the Clynelish Distillery Co. Ltd., sold after three years since its production stopped for the first time. In 1917 Coleburn was taken over by J & G. Stewart, a subsidiary of Distillers Company Limited (DCL), and in 1930 it became the property of DCL itself. It was never promoted as a brand, its activity being limited to a producer of blend ingredients, including that for Johnnie Walker Red Label. Before it was finally closed down in 1985, it served as an experimental plant, for testing various new technologies of whisky making. The buildings were sold in 2004 and were to be adapted for a recreational centre. Those plans never materialised, however. In 2014 they were purchased by Aceo Ltd., the owner of Murray McDavid, and the warehouses are used as storage for their whiskies.