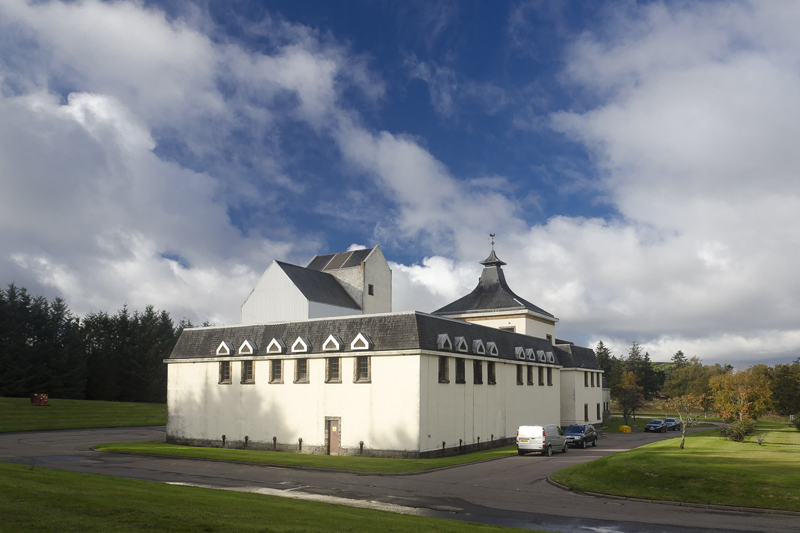 Braeval in a nutshell:

When it was founded – which happened in 1973, around the time when the Canadian Seagram’s corporation opened a few new distilleries to accommodate the growing demand for blended whiskies – the distillery was named Braes of Glenlivet. The name changed to Braeval in 1994, mainly to avoid confusion with the Glenlivet distillery, also belonging to Seagram’s, and possibly to show a good example to several other distilleries in the Speyside region to drop the “Glenlivet” bit from their names. Glenlivet, meaning the valley of the river Livet, was used by some two dozen distilleries, not necessarily located within the glen of the Livet. It was used as a kind of quality mark for the whiskies they produced. Using the “Glenlivet” part gradually got out of use, although one can come across whiskies, especially some of the independent bottlings, marked Macallan-Glenlivet or Balvenie-Glenlivet. Needless to say, both Macallan and Balvenie lie some distance away from the glen of the Livet.

When Braes of Glenlivet was to be officially opened, a story goes, the first mash was commenced before the construction of the roof had been completed. All because of a visit by some high-rank Seagram’s official at the launch. The roof was eventually completed, but its shape, reminiscent of traditional kiln roofs – a pagoda-shaped one – has got nothing to do with barley malting. From the very beginning it was obvious that Braes of Glenlivet was never going to run its own maltings, and the malt would be brought here from specialised maltings.

Two years after the distillery opening, the number of stills was increased to five, and another one was added in 1978 – at the moment, there are six stills operating at Braeval. The distillery was modernised in 1997, as a result of which the entire plant was automated so that it now can be operated by a single person, supervising the whisky production process. Chivas Brothers being taken over by Pernod Ricard in 2001 resulted in the closures of some of the plants, including the sister distillery Allt-a-Bhainne, as well as Braeval itself. Production was recommenced only in 2008.

The plant’s original purpose was to provide spirit for the company’s blending purposes, mainly for such brands as Chivas Regal, Passport Scotch and 100 Pipers. That is the reason why the owner has never released an official expression of the single malt whisky produced here. From time to time independent bottlings hit the off-licence shelves, mainly from Signatory and Douglas Laing, although even they are few and far between. Braeval single malt whisky sometimes is bottled as Deerstalker, although one never knows which whisky exactly hides behind the brand in a given batch.
Pokaż więcej wpisów z Sierpień 2016
Strona korzysta z plików cookie w celu realizacji usług zgodnie z Polityką dotyczącą cookies. Możesz określić warunki przechowywania lub dostępu do cookie w Twojej przeglądarce.
Rozumiem